Joshua and the Walls of Jericho 4 Card Story

This is a storytelling idea that is easy, portable and flexible for many stories.
You will need: 4 Card strips (judge size depending on how close the children are going to be and how big the group is.  You will probably need bigger strips for a bigger group, but expriment with what works best for you!), paper fasteners (split pins), something to make a hole with.
Make a hole in the end of each piece of card and join the pieces with split pins so that it looks as shown.  You now have your storytelling equipment!

This is how you might use the strips to tell the story of Joshua and the walls of Jericho. 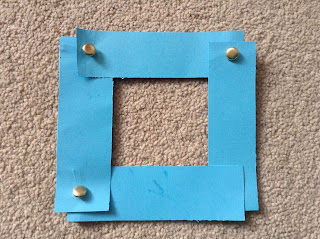 The walls of Jericho were closed to God's people.  No one could get in or get out. 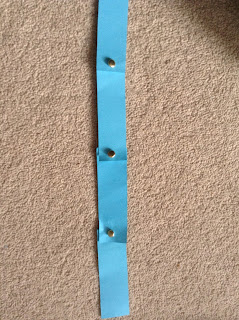 The walls were very tall so no one could climb them either!

God told Joshua that there was no need to worry.  He would give the city to Joshua and the Israelites if they trusted Him and did what He said.

God told Joshua and his army to walk around the walls once a day for six days.
(Form the walls and then flatten them out 6 times) 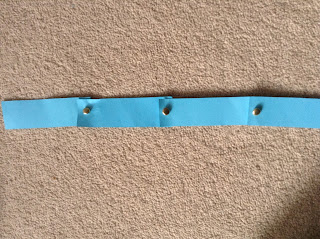 On the seventh day, God told Joshua to march his army seven times round the walls,..

...to tell the priests to blow their trumpets and to get the people to shout as loud as they could. 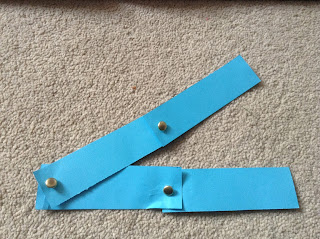 So Joshua and his army did all of these things.  On the seventh day, after marching seven times around the walls the people shouted loudly and the trumpets blew.

The walls of Jericho tumbled down! 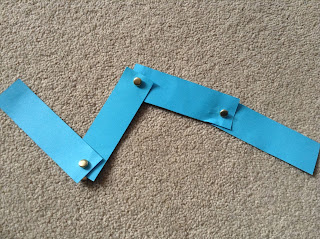 And Joshua's army knew that God was with them. 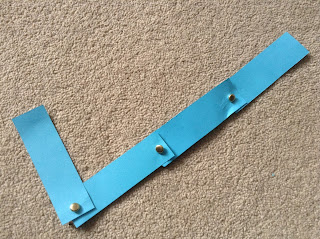 Try using the cards to tell other stories and let me know how you get on!
Posted by Mina Munns at 19:59:00 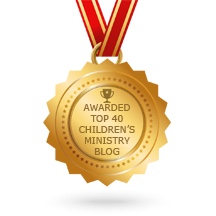